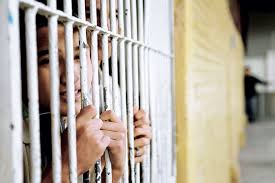 
"This paper aims at addressing a series of issues relating to juvenile justice in the Americas and its relationship to human rights. Bearing in mind that the juvenile justice system is designed to be rehabilitative in nature, it should represent a perfect fit for a child’s character that is still in the midst of significant development. It should also recognize juvenile convicted offenders to have the special measures of protection and the special treatment to which they are entitled by virtue of their age and their general vulnerability. Nevertheless, the plight of children who are treated as fully functioning adults for purposes of prosecution, trial, sentencing and punishment – not only for the most serious crimes, but also for relatively minor offences – and who are transferred to the adult criminal justice system is particularly troubling and widespread in the hemisphere, despite the existence of separate, specialized juvenile courts. A disconcerting number of children faces this kind of problem with the resultant disturbing outcomes for them, considering that the vast majority of States in the region has not given up the practice of holding adolescent offenders to the same standards of criminal responsibility as adult offenders and giving them harsh and long criminal sanctions, even life sentences."