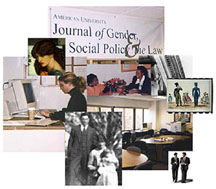 “The possibility of holding a State responsible for acts of domestic violence has been recognized in the Inter-American system since the first decision of the Inter-American Court of Human Rights, Velásquez-Rodríguez v. Honduras. Velásquez-Rodríguez, as with most cases in the Inter-American system, concerned actions perpetrated by State agents. Nonetheless, since Velásquez-Rodríguez, the court has consistently held that States may be held responsible for acts perpetrated by private individuals when the State does not comply with its duty to ensure human rights. […] A Domestic violence, as an act that potentially violates the right to personal integrity and the right to life, under certain circumstances, falls within this category. Consequently, the State has international obligations associated with the occurrence of domestic violence within its borders; the duty to prevent, investigate, punish, and, when possible, repair the harm. All of these duties may be referred to as the general duty to ensure human rights.

[…]  Even though the possibility of holding a State responsible for acts initially perpetrated by private individuals was alluded to in the first case ever decided by the court in Velázquez-Rodríguez, a concrete case within the Inter-American jurisprudence has not applied the implications of the Velazquez-Rodriguez decision until recently. The best examples of this evolution are two cases of domestic violence: Maria da Penha Maia Fernandes v. Brazil and Jessica Lenahan (Gonzales) v. United States.

[…]  The objective of this Article is to analyze the different reasoning used in Maria da Penha and Lenahan, and explain the significance of this variance in an analysis for future cases of domestic violence within the Inter-American System. First, this Article explains the facts and the Commission's legal analysis in Maria da Penha and Lenahan and briefly describes the different approach taken by the Commission in each case. Second, this Article analyzes the evolution in the case law that led to the recognition that a State's failure to prevent and investigate could constitute a violation of substantive rights. Third, this Article examines the standard the Commission utilized in analyzing the duty to prevent in Lenahan and describes the theory of foreseeable risk, how it has been used, and the role it played in the Lenahan case. Finally, this Article discusses the theory of foreseeable risk, its application to cases of domestic violence, and the significance of this development in the jurisprudence of the Inter-American system.”