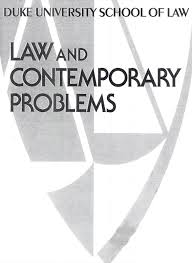 “The power of the Inter-American Court of Human Rights (IACtHR) to shape government behavior varies greatly from country to country. All states subject to the Court’s jurisdiction accept its authority to adjudicate disputes, and all take at least some meaningful steps toward judgment compliance. Even the Chávez government, despite loudly campaigning against the Inter-American System (IAS) and eventually removing Venezuela from the Court’s jurisdiction, occasionally paid victims pursuant to Court orders. But in some states the Court’s judgments play a far greater role: they are untethered from the particular dispute that gives rise to them and take on a life as law-like rules that guide the subsequent behavior of public actors and the outcomes of disputes that never reach the Court. In some states the Court’s judgments even come to shape policymaking and public debates, constraining the range of options that are put on the table. The Colombian Constitutional Court, for example, regularly reviews national laws for compatibility with the American Convention on Human Rights as interpreted by the IACtHR. And actors from all sides of Colombia’s currently unfolding peace process—from the uribistas who oppose it to the guerrilla leadership that is negotiating it—refer to IACtHR rulings as they debate whether and how to prosecute war crimes.”