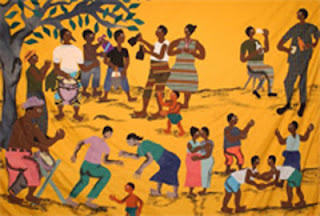 Este reporte fue realizado por Oswaldo Ruiz-Chiriboga.
En el último volumen (No. 15) de la revista UCLA Journal of International Law and Foreign Affairs, Ariel Dulitzky, professor de la University of Texas School of Law, publicó el artículo titulado “When Afro-DescendantsBecame ‘Tribal Peoples’: The Inter-American Human Rights System And Rural Black Communities”.  Este es el resumen:
“The inter-American human rights system has established itself as a permanent and prominent actor in the discussion on the protection of indigenous and Afro-descendant collective territorial rights.  It has done so by demonstrating receptivity to the territorial demands of indigenous and Afro-descendant peoples.  The inter-American jurisprudence, in order to recognize collective rights to property, assumes and requires that indigenous and certain Afro-descendant peoples have a unique cultural relationship with their lands and qualify as “tribal peoples.”  While there are benefits and opportunities from the use of an international judicial mechanism to protect these collective rights, there are also limits to employing a litigation strategy based on the cultural approach to territory.
In examining these problems and limitations, this article focuses on one particular type of claim that indigenous and Afro-descendant peoples have been bringing before the inter-American human rights system in the last few decades: claims for the protection of lands and territories they have traditionally owned and the natural resources within them.
The article attempts to respond to the following questions: What groups remain excluded from making similar claims? Does the inter-American system sufficiently protect the natural resources found within traditional territories? Does this cultural approach confront the structural discrimination faced by Afro-descendants in Latin America?”
Fuente de la fotografía.