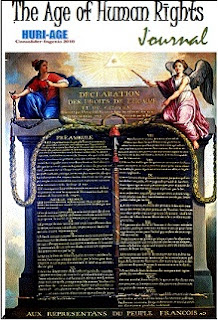 Abstract: The reform of article 1 of the Political Constitution of the Mexican United States in June 2011, has incorporated into the constitutional text the clause of interpretation according to international treaties on human rights as the hermeneutic criteria which domestic judges must adopt in their verdicts. This clause reflects an evolutionary tendency which the Constitutional States are adopting, generating a new understanding of the state function as a whole, especially of the judiciary function. Despite this aperture, which enables the application of this type of hermeneutic techniques, it is possible to see how in some jurisprudential criteria a restraining posture is adopted towards international regulatory contents in human rights, leaving aside the possibility of an interpretative process of harmonization.

Human Rights and Judicial Dialogue between America and Europe: Toward a New Model of Law?
F. Javier Ansuátegui Roig

Abstract: In a context of progressive deterritorialization, the analysis of the judicial dialogue has certain profits when reformulating some aspects of a particular way of understanding the law, characterized by the principle of territoriality and by a theory of the sources of law in which the judge has a clearly secondary position in relation to the legislature and in which the sources are relevant since they are understood as explicit expression of a will. This paper describes the operability of the dialogue between the Inter-American Court of Human Rights and the European Court of Human Rights which, horizontally and voluntarily, can help create a context of community in relation to the contents of human rights, based on the recognition of the value of judicial arguments and the judge's self-understanding as members of a hermeneutical community.

Abstract: Reasonable accommodation is one of the pillars upon which the recognition of the rights of people with disabilities rests. It acquires its full meaning when understood in connection with the concept of universal design, since both concepts fall within the framework of universal accessibility. An accurate understanding of reasonable accommodation requires, on the one hand, clarifying its connection with universal design and accessibility, and on the other, unraveling what “reasonable” means. The reasonableness in accommodation takes to three kinds of reflections. On the one hand the one concerning non-discrimination, which requires to assess, when examining whether the adjustment is justified or not, if it entails a violation of the principle of equality (since it differentiates or it does not, in an unjustified manner, thus harming a human right such as accessibility). In this justifying test there is an essential methodological tool at hand, which shall be regarded as the second great reflection on reasonableness in accommodation: the principle of proportionality. In virtue of this principle, the reasonableness test requires facing the adjustment’s adequacy and necessity and, in addition to that, the advantages or sacrifices that produces on rights. And since both of these reflections do not ensure a single answer, reasonableness requires a last reflection on the basis of acceptability. The adjustment’s justification, or the lack of it, shall be subject to the community’s acceptance or rejection.

The Role of Social Movements in the Recognition of Gender Violence as a Violation of Human Rights: From Legal Reform to the Language of Rights
Manuel Calvo García