Artículo: "A Dark Side of Virtue: The Inter-American Court and Reparations for Indigenous Peoples" 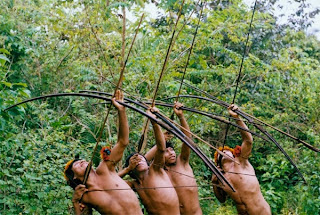 “The Inter-American Court of Human Rights has now developed a significant jurisprudence on indigenous peoples, far more extensive than the case law of the other regional human rights tribunals. Also, unlike the various United Nations institutions that promote indigenous rights, the Inter-American Court issues binding and detailed judgments. As a result, the Court has become a global leader in the adjudication and redress of indigenous claims. For this reason, this first close and critical examination of the Court’s reparations for indigenous peoples is vital.

With respect to non-monetary remedies, the Court has ordered the restitution of communal lands and other powerful measures. Generally, these pioneering remedies have directly responded to victims’ preferences for restoration. In contrast, the Court’s monetary reparations frequently disappoint. Examples include token sums ordered for plundered ancestral resources and a neglect of individualized compensation.

By undercompensating indigenous petitioners in these ways, the Court fails to recognize them as full-fledged rights bearers. Fully entitled to collective and individual rights, they accordingly require appropriate remedies on both communal and individual levels. This critique is urgent because indigenous cases continue to flow to the Court, and its criteria are increasingly adopted by UN authorities, regional human rights institutions, and national courts.

Ultimately, this Article urges the Court to commit to a victim-centered approach for monetary damages, as it generally has done for non-monetary remedies. Once rights violations are proven, if the Court does not reasonably respond to the way victims want to be restored, it will not adequately redress them. As a result, the Court will betray its mandate as a human rights tribunal and undermine the individual and collective rights of indigenous peoples.”
Fuente de la fotografía.