Guest Blogger: Recognition of Intersectionality in Femicide and Rape Cases Decided by the IACmHR and the IACtHR 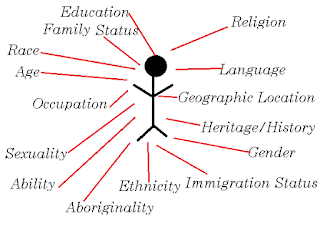 III.             Rape Cases:
As seen in the Cotton Field and Veliz Franco judgments, I would argue that the Court and the Commission are particularly sensitive and attentive when it comes to the violation of girl’s rights since both institutions clearly recognize their special vulnerability due to age and gender. Likewise in the case V.R.P and V.P.C. v. Nicaragua, a 9-year-old girl was the victim of a gruesome sexual assault committed by her own father. The Commission inter alia noted how the ‘situation is exacerbated by the nature of the offence, as well as the situation of double vulnerability of V.P.R as a woman and a child.’ Since Nicaragua did not comply with the Commission’s recommendations, the case was referred to the IACtHR in 2016 and therefore it will be interesting to see if the IACtHR will focus its analysis in more depth on the issue of intersectionality. Lorena Sosa is of the opinion that: ‘The focus on the girl-child, encouraged by Article 19 of the American Convention, is the most relevant element for incorporating diversity in these cases…’ (p. 166)
While discussing numerous violations in the Fernández Ortega et alt. v. Mexico (2010) judgment, the Court recognized the ‘special vulnerability of indigenous woman’ (para. 230) who was a victim of brutal rape. However, the Commission went one step further than the Court in Fernández Ortega (2009) because it highlighted that indigenous women ‘suffer from a combination of various forms of discrimination: as women, because of their ethnic or racial origin, and/or by virtue of their socio-economic status.’ (para. 179) Instead of focusing their analysis on the special vulnerability/multiple discrimination of indigenous women, in my view the more accurate terminology would be to use intersectionality since it, as Lorena Sosa pointed out, ‘…emphasizes long-term social and structural constructions of inequality’ (p. 165) which indigenous women unquestionably face. However, according to the article written by Mariana Prandini Assis Violence against Women as a Translocal Category in the Jurisprudence of the Inter-American Court of Human Rights (Direito&Práxis revista, 2017), a notable contribution of the Court is that it: ‘went further to link the difficulties faced by the indigenous peoples to access justice, to the historical process of marginalization, deprivation and non-recognition within the Mexican nation state.’ (p. 1533) Likewise when assessing the victim’s consistency during testimonies, the Court was clearly well aware of the victim’s difficult personal situation from which it is easy to detect many (intersectional/structural) difficulties which Inés Fernández Ortega faced as: ‘…an indigenous woman, who lived in an isolated mountainous area, who had to walk many hours for denouncing her rape to health and legal authorities who did not speak her language...’ (para. 107)
In Rosendo Cantú (2010), the rape victim was an indigenous girl and the Court reinforced its view according to which she was at a particular risk of violence both as a minor as well as an indigenous descendant. Moreover, while ordering extensive reparations, in Rosendo Cantú and Fernández Ortega et al. v the IACtHR evidently took into account indigenous and gender perspectives which will hopefully have positive impacts on pro futuro victims of sexual violence.

IV. Conclusion:
It is clear that intersectionality in the discussed gender-based violence cases decided by the IACtHR was firstly referred to under the notion of women’s (special) vulnerability, similar to the approach taken by the Council of Europe’s (further: the CoE) Committee of Ministers which noted in the Recommendation Rec (2002)5 on the protection of women against violence that ‘women are often subjected to multiple discrimination based on their gender.’ As in Article 8 of the Convention do Belem do Pará, the CoE’s Convention on Preventing and Combating Violence against Women and Domestic Violence (more known under the acronym Istanbul Convention) also does not explicitly use the term intersectionality. It does, however, recognize the greater risk – special vulnerability- faced by certain groups of women (e.g. migrant women, women with disabilities). Some aspects of the European Court on Human Rights’ (further: the ECtHR) case-law on violence against women are slowly developing towards recognition of intersectionality (e.g. when it comes to forced sterilization of Roma women, like in N.B. v Slovakia, Application No. 29518/10, 12 June 2012, para. 96), however, the ECtHR is still reluctant to apply an intersectional lense (and consequently to use the term) even in cases where intersectionality is obviously an issue. Instead, the ECtHR refers to certain categories of victims as ‘a particularly vulnerable group’, Roma women being the most prominent example. Therefore, even when it comes to the variety of forms of violence against women where intersectionality was recognized, it can be concluded that both the Court and the Commission have much more developed case-law than their European counterpart, and furthermore, that their jurisprudence is in accordance with CEDAW Committee’s recommended standards.
Nevertheless, there is still space for further improvements with the Court’s and the Commission’s approach in this area, especially since there exists an inconsistency with the (mis)usage of terms ‘special vulnerability’ and ‘intersectionality.’ Experts like Lorena Sosa in her article Inter-American case law on femicide: Obscuring intersections? (Netherlands Quarterly of Human Rights, 2017, Vol. 35(2)) noticed how ‘the Commission has shown more inclination than the Court towards the adoption of an intersectional approach, particularly in recent reports.’ (p. 102) Additionally, it is evident that there is prioritization when it comes to dealing with certain categories of intersectionality in gender-based violence cases. Some mentioned critics warned that the Court omitted an analysis of the clear interconnection between class and gender in femicide cases (Cotton Field judgment being the most prominent example). A contrario, the Court pays much more attention to the special vulnerability of girls in the context of gender-violence (including both femicide and rape cases). Certainly, the most praiseworthy aspect of the Court’s current approach to intersectionality is, as  Lorena Sosa concluded in her book: ‘Recognition of the importance of intersecting grounds…  in relation to rape of indigenous women, in which gender, indigenousness, language and, more notably, child status were addressed by the Court.’ (p. 166)
Finally, the need for firmer analysis by the Court and Commission on intersectionality in their decisions is important in order to emphasize the structural discrimination which certain groups of women are confronted with. Elaboration on intersectional causes of discrimination that marginalized women often face may have positive impacts on victims, OAS Member States and also, according to Rosa Celorio’s article The rights of women in the Inter-American System of Human Rights: Current opportunities and challenges in standard-setting (University of Miami Law Review, Vol. 65, 2011), ‘to the organs of the system to develop important concepts related to the social exclusion faced by these groups and to report on the specific barriers they face in their pursuit to justice.’ (p. 860)

Treaties and General Recommendations:
CoE, Convention on Preventing and Combating Violence against Women and Domestic Violence, 2009
OAS, Inter-American Convention on the Prevention, Punishment and Eradication of Violence against Women ("Convention of Belem do Para"), 9 June 1994
CEDAW/C/GC/28, General recommendation No. 28 on the core obligations of States parties under article 2 of the Convention on the Elimination of All Forms of Discrimination against Women, 16 December 2010
Committee of Ministers, Recommendation Rec (2002)5 on the protection of women against violence
The Commission, Missing and Murdered Indigenous Women in British Columbia, Canada, OEA/Ser.L/V/II., Doc. 30/14
Cases:
The IACtHR
Gonzales Lluy et al. v. Ecuador, 1 September 2015
Gonzales et al. v. Mexico (Cottonfields case), 16 November 2009
Veliz Franco et al. v. Guatemala, 19 May 2014
Fernández Ortega et al. v. Mexico, 30 August 2010
The Commission
V.R.P and V.P.C. v. Nicaragua, Parts of English translation available on: http://www.oas.org/en/iachr/media_center/PReleases/2016/138.asp, accessed on 3/6/2019
Application to the IACtHR in the case of Inés Fernández Ortega, May 7, 2009 (Case 12.580)
The ECtHR
N.B. v Slovakia, Application No. 29518/10, 12 June 2012
Web pages:
http://www.unwomen.org/en/news/stories/2017/2/take-five-adriana-quinones-femicide-in-latin-america, accessed on 3/7/2019
https://rfkhumanrights.org/news/iachr-femicide-admissibility, accessed on 3/6/2019

Source of the picture